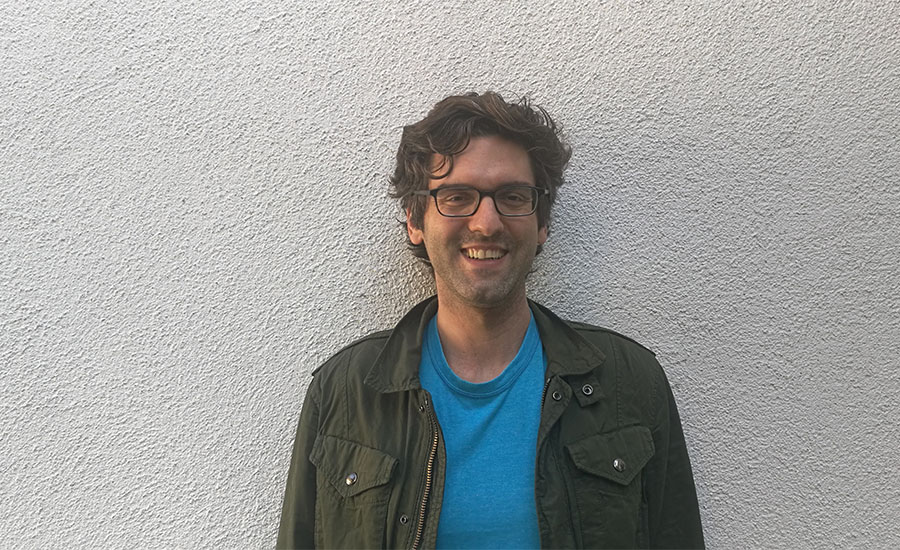 Joey Elkins is an artist who fills his sketchbook with free-flow characters until the pages are about to burst, and then applies them across a range of different media. Colorful and cartoony, wiry and weird, his work has been described as “Picasso meets The Simpsons.” For years he kept these characters hidden in the margins and instead tried to focus on a “normal” artistic approach he thought people would want… but he kept gravitating back towards this more unique style. He has done illustration work for Nickelodeon, shown in galleries, done private commissions, and is looking forward to growing and exploring a wide world of artistic options. He lives in Los Angeles, California where he also works as a writer for film and television. 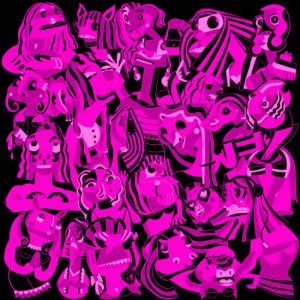 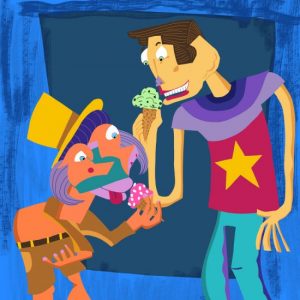 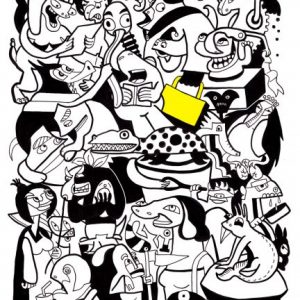